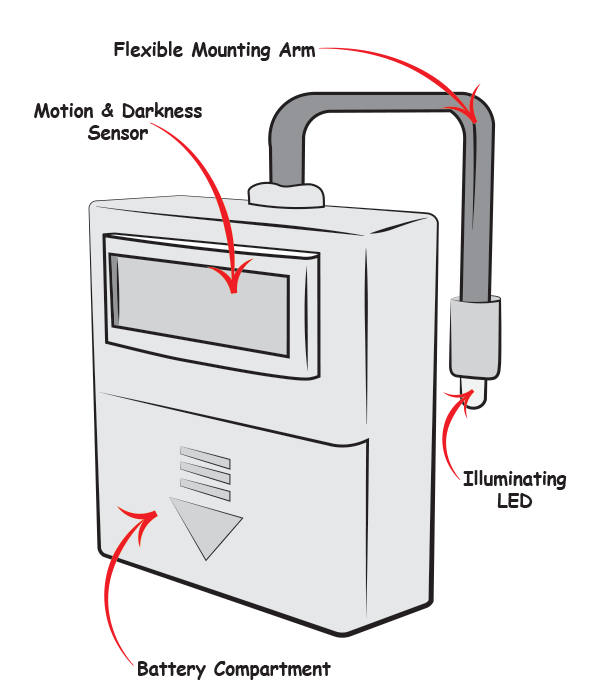 Easy to use design

To use the Illumibowl, first, slide of the battery cover on the front of the unit and install batteries. Shape the flexible arm to wrap around the rim of your toilet bowl (under the seat). Place the bulb side into the inside of the bowl while maintaining the body of the Illumibowl outside of the bowl. Ensure the Illumibowl motion sensor lens is facing a direction where it will be able to detect your motion as you enter your bathroom, and you should be good to go!

Illumibowl adds a splash of character and color to your bathroom. Illumibowl if great for potty training children, for elderly individuals, or for anyone else!

Illumibowl senses your motion as you enter the bathroom and automatically lights your way! The soft glow from the Illumibowl eliminates the need to use your light switch - temporarily blinding you or disturbing other occupants during the night.

IllumiBowl is the world's first toilet light! As the original toilet light, IllumiBowl was featured on ABC' Shark Tank on March 11, 2016 where we partnered with Kevin O'leary and are now a proud Shark Tank product!

We are on a mission! After one too many midnight bumps, bruises and alien abductions occurring while on route to rendezvous with the porcelain throne, the IllumiBowl toilet light was born. Our sole purpose in life is the utter extinction of the boogie man, monsters hiding under the bed, and all things that go bump in the night. You're welcome, night owls. You're welcome.
IllumiBowl Toilet Night Light is the world's first Toilet Bowl Night Light. IllumiBowl was featured on ABC' Shark Tank on March 11, 2016. IllumiBowl partnered with Kevin O'leary on the show and is now sold nationwide in Bed Bath and Beyond.
IllumiBowl was successfully funded on Kickstarter in 2014. 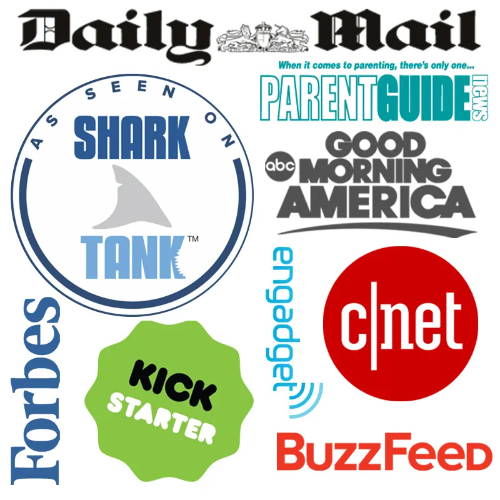